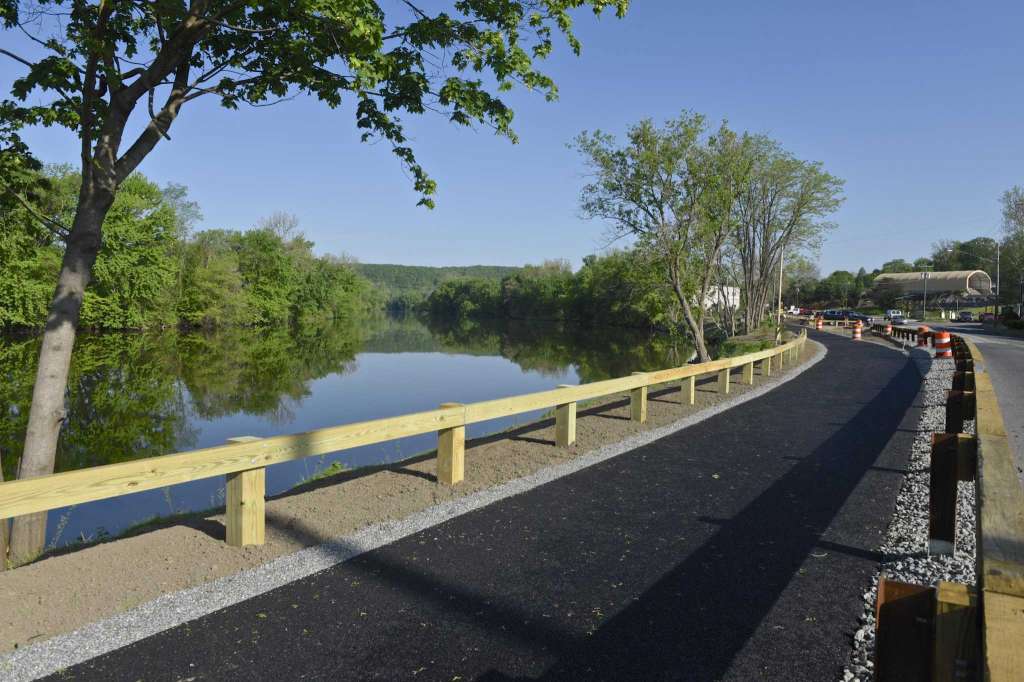 The New Milford River Trail is a planned 13-mile, town-length greenway that will provide equitable, non-motorized connectivity for residents to the historic downtown village green area, to points beyond New Milford’s borders including neighboring Still River Greenway in Brookfield, as well as connectivity to businesses, local parks and ball fields, a community center, schools, a nature preserve, as well as our town’s Native American, agricultural and industrial roots. It also provides health and wellness benefits to residents and an economic boost to local businesses by becoming a destination for visitors. There are two completed sections:

In 2018, Milone & MacBroom (now SLR Consulting) completed a Preliminary Engineering Report for the Town of New Milford for the remaining eight miles.  For ease in completing the greenway in sections, their report breaks the remaining eight miles into Phases I through Phase 11 A.  The Phases are not being completed in numeric order.  Surfaces range from paved, soft trail, sidewalks, less-traveled roadway and boardwalk.

The Preliminary Engineering Report, Archaeological Study and Line Drawings can be seen here:

The overall conceptual map for the thirteen miles of greenway can be seen here:

The U.S. Bicycle Route designation of the CT section of the Western New England Greenway happened at the meeting of the AASHTO Special Committee on U. S. Route Numbering on May 24, 2016. (Each state – CT, MA, VT – had different dates of designation.)